Although fewer than 1 percent of Americans suffer from celiac disease, an autoimmune disorder that requires them to avoid gluten, almost one in three people say they are cutting back on products containing the protein found in wheat, barley, and rye, according to NPD Group. Read more here: http://www.businessweek.com/articles/2013-11-27/gluten-attacked-and-food-makers-dont-defend-wheat 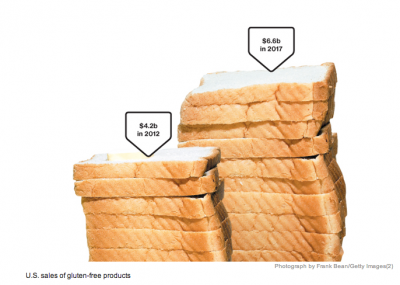 Celiac disease: The truth is grainy